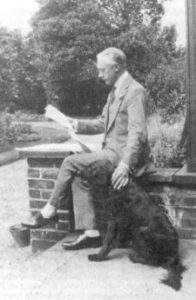 What Is the Alexander Technique?

Frederick Matthias Alexander (1869–1955) was an Australian actor and reciter who developed chronic laryngitis whenever he tried to perform. After doctors could find no physical cause, Alexander decided to find a solution himself.

Eventually, Alexander discovered that his vocal difficulties arose from excess muscle tension in his neck and back, as well as his habitual belief that the goal of performance was more important than how he performed. By careful, patient trial and error, he learned to transform his harmful physical and mental habits to more easeful, more efficient ones.

After successfully restoring his vocal abilities, Alexander taught his technique first in Australia, then in Britain and the United States. His students included not only fellow actors but also athletes, doctors, and ordinary people of all ages. Eventually, he had too many students to teach himself, so he began to train others to teach his discoveries. Teacher-certification programs have been founded in Britain, the United States, Canada, Europe, and other locations.